12/01/2020
What better place to shoot my first big gig than in Manchester on the final night of Shed Seven's Shedcember tour.

When Purple Boots walked in the photographer's pit

I'm a girl who can't live without music and I've been going to gigs since my mid teens.  I've got eclectic tastes and I'm a child of the 70s, so my teens covered the 80s and early 90s.  My first gigs included Fairground Attraction and Then Jerico, both in Hanley.  The first major concert I attended was a big adventure and involved me traipsing to London on the train with a group of friends to go to the Nelson Mandela Birthday concert at Wembley.  I only have dim memories of it and to be honest, the clearest memory I do have is of the shock of arriving a London Euston station and my sheer terror at how busy it was!

This was followed by seeing Prince for the first time at the Birmingham NEC.  Oh my goodness.  We were right down at the front and it was an amazing gig which cemented my love of Prince there and then.  It's a real blessing that I got to see him 6 times after that, including one of his residency nights at the O2 in London (21 Nights tour) and the last time in Manchester for HitNRun with 3rdEyeGirl.

As my boy got older, I decided that he needed to have gig culture firmly running through his veins and so we have spent the last 6 years spending my spare money on concert tickets and seeing amazing bands in a variety of settings, including my bucket list gig - Foo Fighters - as well as bands such as Catfish and the Bottlemen, progressing from smaller venues to stadiums.

At every concert I've been to, I've always wanted to be in the pit at the front, with my camera, capturing the energy and the action from the band and the crowd.  It's been a constant yearning, through my 20s - I'm now in my 40s!

Through a series of connections I was blessed to meet with Dan and Lucy from @InTheCrowdMH in December and fate decided that day that it was indeed my time to get in the pit.  I found myself in possession of a press pass for the final date of Shed Seven's 2019 'Shedcember' tour and in a whirlwind, I landed in the pit, firstly at the feet of Manchester legend Clint Boon (Inspiral Carpets, master club scene DJ in his own right) and then the glorious Sheds, with Rick Witter being a photographer's dream to shoot.

Since that evening, I've definitely got the bug, pushed on by the fact that my tweets of some of the images have been retweeted by Clint Boon and Rick Witter.  I've always prided myself on being fairly humble, but that went out of the window when I got those twitter retweet notifications!  There may well have been a little bit of screaming and running around my house like a loon.

So, dream come true, but that's not the end.  I'm now on a mission to find myself front stage a lot more, in different venues and I'm going to pursue that as though my life depends on it.  In a way it does - not for financial reasons, but because being in that environment, seeing the crowd and their energy, joy and complete absorption in the music and watching talented musicians perform is something that keeps my head together and allows me to lose myself in the music.

This is what @InTheCrowdMH is all about - the benefits of live music in supporting people with their mental health (particularly blokes!)  Find them on twitter and facebook and join them.  Give me a follow too! @DunwoodSarah 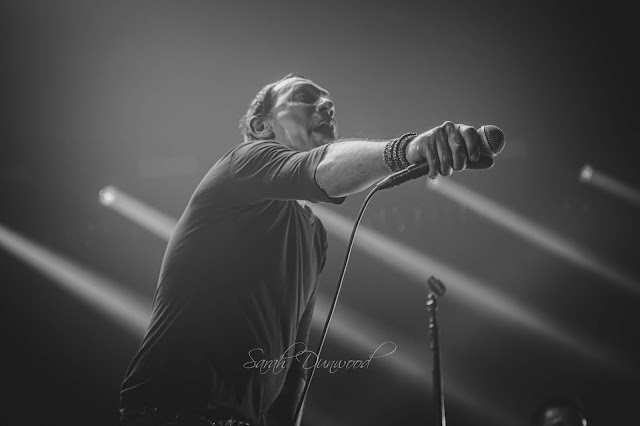